Question: what do you do to a veteran air wing sent to the Med after a Southeast Asian (Vietnam) Tour? Answer: you fly a lot at night, and you put great store in At Sea Period competitions — like the Golden Hook for each period and whether your Admin pukes do good. These combined scores were tallied into an “Empirical ‘E’” and it was awarded amidst much sturm und drang at an all-air wing meeting while proceding to port. Yippie do dah!

Of all the squadrons on board USS Independence (CVA-62), perhaps the least turnover had been in VA-86, and there were no nuggets. We were an insolent, cocky bunch and did rather well in these competitions. Aside from that, the boat played various war games, and one of these was with the USS William V. Pratt (DDG-44), a guided missile destroyer. There were many simulated attacks, and the results were always the naval versiom of he said, she said: we each killed each other.

That is the background for a rather silly pome I wrote back in 1966 and colorfully presented at a squadron dinner at Quo Vadis Ristorante in Barcelona. Fellow A-4 Echo drivers of that era may also have been plagued with Constant Speed Drive (CSD) failures.

With this background, I present:

He come down to the ready room in a cloud of steam,
In his cold blue eyes there glunt a gleam,
And his mouth did foam and all like that,
“Cause CAG done told him: Bill, sink the Pratt!

Bill Bowers was mean, stood nine feet tall,
His teeth were steel, and that ain’t all,
He’d bombed the Nip in his SB2C,
And he faced upwind when he had to pee.

He led a squadron of dirty men,
Who goosed old ladies and were steeped in sin,
Bill said, Boys, let’s up and put the screws,
To the sweeties in the Pratt that wear Black Shoes!

The Snakes let out a hideous yell,
They gnashed and swore and spat like hell,
They stormed the bridge and broke the teeth
Of the OOD and his relief.

When the stompin’ began, Bill said, Hold it, Snakes!
You ain’t finished yet, but them’s the breaks,
He booted Candy Andy in the place where he sat,
Let’s brief this mother, boys, and go sink the Pratt!

Fourteen brave Snakes in their brave A-4E’s
Took to the air with six CSD’s,
And the noise that they made as they took to the sky
Made Fudd pilots fart and fighter pilots cry.

But the goin’ was rough in the Med’s blue skies,
And the first to fall was Cousin Weak Eyes,
Whose TACAN ran rough and his EPR spun,
And his fightin’ was all over and his battle it was done.

The Old Grey Spider was the next to go,
He was thinkin’ about his honey and how he loved her so,
And he bumbled around his cockpit and triggered off his dump,
And diverted off to Naples so he could get a Hershey Bar…..

But the Pratt was belching balls of fire
From its place upon the sea,
But Charlie Lima wernt afraid of hell,
So he passed to Rocket Three.

Ben did not flinch his steely eye
As he dove down lower and lower,
And Benjamin was not ‘fraid of hell
As he passed to Rocket Four.

The lead passed on and on and on,
And hopes were fading fast,
When lead went to Candy Andy,
And he was Rocket Last!

But Andy was read, his switches set,
Hollered I’ll sink that Black Shoe Mother yet,
As he punched his pickle and snorted and swore,
As he sank the Pratt with his Buddy Store!

Bill Bower’s boys had done it,
For all the world to see,
So they were awarded full fifteen points,
Toward the Air Wing Empirical “E!”

Click on links below the pictures to read to Youthly Puresome stories about flying A-4 Skyhawks in combat in the late 1960s. Each story is in pdf format and will open in a new window. When you’re finished reading one, close the window and you’re ready to read the next one. 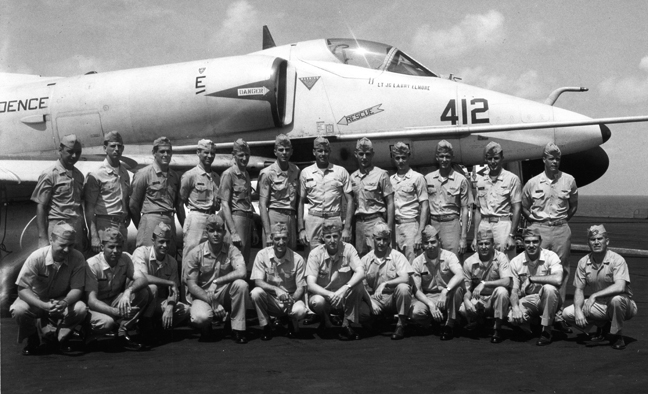 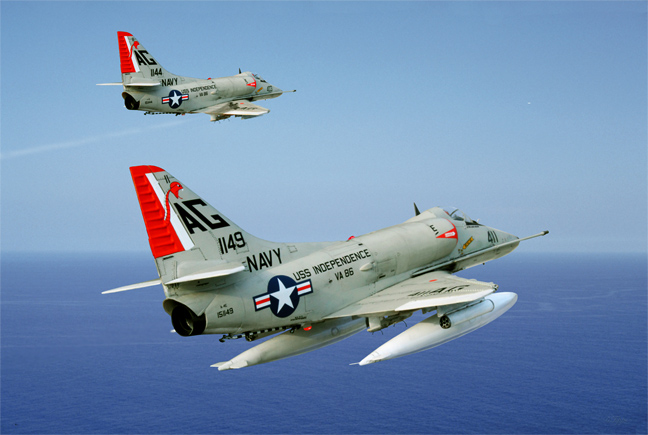 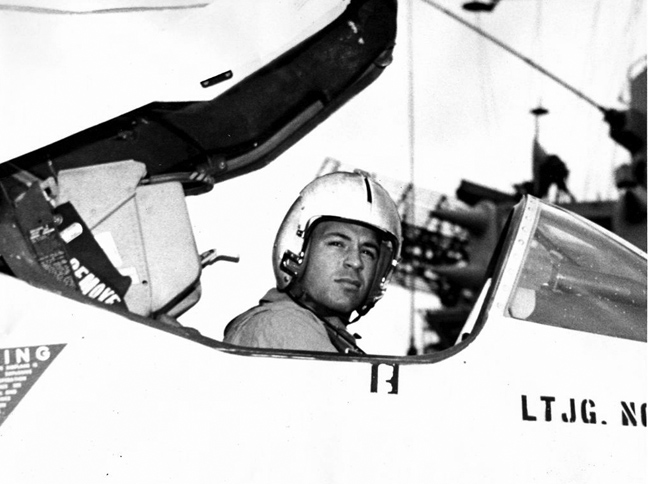 Happy Trails to You