GLOSSARY: Bidding — airline pilots bid by seniority in position (Captain, First Officer, Flight Engineer) for “Lines of Time,” grouping of various trips during the month. Choices are individual preferences, and getting those choices is strictly a matter of seniority.

Bidding (when I finally could, and, after ten years on the DC-9, I was #3 on the copiloto seniority list—needed the seniority to support my F-8 habit), was: 1. NO Capt Arseholt 2. NO #2 Arseholt. Thereafter, a couple of choices, making sure that the hours equalled at least the number of landings. I know I’ve done 13-landing days, whanging up and down between MSY (New Orleans) and ORD (Chicago O’Hare), and Twice Across the South. As Hide noted, chap needed to let the seat air out some for walkabout the airplane. Got funky flying about the Great Swampy Places.

But wot was cool was, in those days of cheap dinosaur juice, everybody went FAB, even on the very short legs: at ten thousand feet, ease over to the barberpole (Maximum Airspeed permissible, indicated on the airspeed indicator by a striped pole, and by an aural warning, which sounded like a clacker), climb on the barber pole, descend on the barberpole until you had to go idle, speedbrakes, open the window and stick yer ears out to slow down enough to land. Everybody knew where the overspeed circuit breaker was, though it was bad form to have to listen to that damn clacker for more than a couple of clacks. Gave some tone to wot might have elsewise been a vulgar drone-ex.

When I was a 737 Captain, I had a trip where the final leg of the day was DFW-HOU Hobby. My mission was to set the World’s Speed Record between those two places in the 737, which was a relative thing, because that airplane was accused of getting bird strikes from the rear. Even though dinosaur juice was a factor by then, it was old timey technique: Straight out departure, at 10K, barberpole, cruise at barberpole, which was buffety at .75 or so, descend on same, and decell enough to descend on the glide slope to land straight in. Last minute idle, gear, flaps, flare. All the conditions had to be met without getting vectors or speed changes for traffic, lumpy ride, WX, etc. But kinda like other occasional success stories in the flying along in flight bidness, when it worked perfectly, I be smilin’, smilin.’

As an airline puke, YP commuted to New Orleans from Dallas two different times for a couple of years a pop in his continuing quest to move up in position and equipment (we all know wot we are — we’re just dickering over the price). First time was to fly DC-8 copilot, and Puresome just used local flophouses and black chairs if he needed to overnight during Mardi Gras, Super Bowl, and other high tourista happenings. Second time was an emergency retreat from Chicago after he learned that he needed a ciggie lighter even though he don’t smoke in order to thaw car keys.

At any rate, YP was not alone — there were about ten gypsy DC-9 captains that shared an apartment in Metarie. Worked fairly well, and many times Puresome never saw anyone else. The housemates initially shared an ancient Buick named the Batmobile. It was about a block long, and the floor boards behind the driver had rusted thru and been rudely covered with a piece of plywood. Rust spots were delt with by using a spray can. It was clearly dying. So when he noticed on the pilot’s bulletin board that somebody was moving somewhere else and had a commuter car for sale for $300! He thought: “Real good, I’ll grab it.”

The car was a 1969 Chrysler New Yorker, again about a block long, with a tattered landau roof and wot could pass for somebody’s living room couch in front. It had a name — “Son of Cruiser.” Seems that its predecessor was (Ghetto) Cruiser, and it had been stolen or perished from mung and rust. It was like driving a city mosquito fogger wot with all the smoke coming out the back, not from pine knots but from oil that had to be replentished from a 5-gal can in the trunk. All Puresome lacked was a gold toof, smilin’, smilin’.

Son of Cruiser served colorfuly and well, but eventually Puresome got a position of some seniority back in DFW, and he took it. He put a card up on the bulletin board advertising Son of Cruiser at a bargain price of $300. He was not mobbed by anxious commuters with wads of bills, so YP had to bugger off home, and the car sat in the employee parking lot, waiting.

Every now and then when he passed thru MSY with a little time, he’d go out and start the car and kill a thousand or two more mosquitos. Ah, well, somebody will need this treasure some day.

Nope. Showed up one day and there was no Son of Cruiser hulking up the employee parking lot. Nowhere.

Now, color him yet again non-PC, but Puresome started smilin’, smilin’, imagining some Bro proudly killing mosquitos along the levee.

YP tried writing the loss off his taxes, but his accountant, a diligent member of the Tribe, wouldn’t allow it.

By the way, some minor mafioso had done the same thing to his O’Hare commuter car, which happened to be a friend’s VW he had driven from LaGuardia for them both to use.

It wasn’t quite Jousting  with Sam and Charlie, but it was a perilous life.

Warning: the following tale, while completely true, took place in the different universe known as the Summer of ’79. A further caveat is that Tunita hates it. Keep in mind, it stars YP’s Evil Cousin. Is it PC? Not in the least!

As a brand new DC-9 captain Youthly had escaped Airline Courts Martial for insubordination to Senior L-1011 Captains while a first officer. He did this by accepting the first captain’s slot that opened in the system. It happened to be at Chicago O’Hare Grits pilot base. He did not live there. He would have to commute to an extremely junior position and have to fly on call. If there was to be one arseholt in the cockpit, it would now be himself, so it was worth it.

Chicargo (Grits pronunciation) was a strange new world, however. He knew no one there, but he was not alone in gypsy commuters like himself. So a pile of them got together in a flophouse apartment out in fashionably industrial Schaumberg, so life was tolerable. Living in a crap place driving a crap commuter car was kinda like a divorce simulation, but it was part of the package.

He showed up for his second trip at the base, and, as expected, he did not know the assigned copiloto. When he wondered out to the airplane rather early, since after all, he had just been to new captain’s school, and he was pumped up with briefings and checklist chanting obligations. When he climbed the boarding stairs and entered the cockpit, there was a squattly young lady sitting in the copiloto’s seat.
“Howdy, I’m Youthly Puresome.”
“Howdy, I’m Ann Comosellama. Nice to meetche.”

So, flight kit slams into place left of the Captain’s seat, and a nest gets built with pubs and maps laid out for the first leg. The checklist was duly read and responded to in high dignity. That done, it was time for the new Captain “How we gonna do this” sermon. Four part harmony. Real good so far.

Finishing the Sermon on the Mount, a small yellow demon popped up on Puresome’s left shoulder and took command of things, switcho-changeo to the Evil Cousin.

Who, with a big chit-eating grin, leaned over and punched his copilot on the shoulder. “Ann,” sez he, “I’ll make a deal with you. You don’t try and kill me, and I won’t grab yer tits!”

Time went one potato, two potato. The Yellow Demon disappeared, leaving new Captain Puresome on his own. Then, perhaps thru Grong’s intervention, the young lady smiled back and said, “OK.”

Turns out that she was a fair copilot. Youthly, who had flown the DC-9 as copilot for ten years, was a fair judge. Turns out she had a Citabria, and she would study maneuvers on layovers. He flew with her for two more trips before he found out that she had morted herself in her Citabria.

Puresome was really glad he had grinned a chit-eating grin, and, that, once again, he had dodged a really big one. He hoped she was happy up there in pilot’s Valhalla with all his other friends. 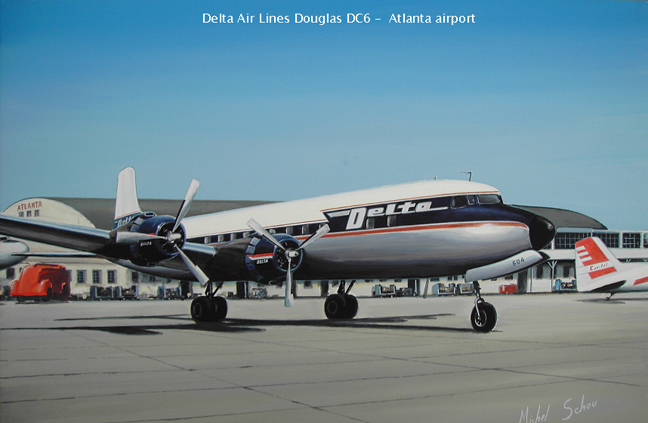 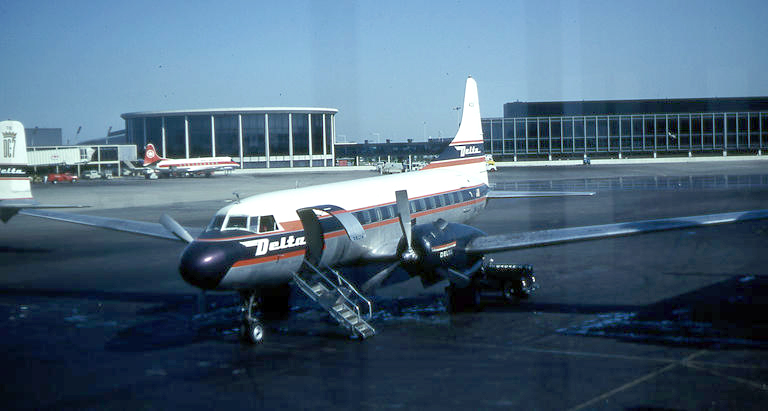 The start of the art.  I retired as emperor of this machine.  After the magic pinball Boeing 767 ER, it was rawther crude, but It was good to be king, 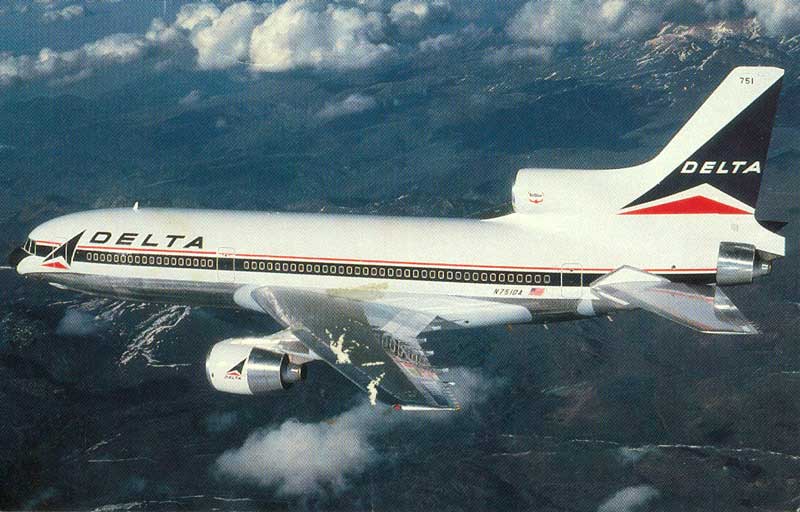 Click on link below to read to read the story. It is in pdf format and will open in a new window.

Rocket in the Rain